The Awakening World
for The Global Peace Tribe

Replays Available for All That Register

For this first weekend post retreat, we have a wonderful combination of new, live shows planned for THE AWAKENING WORLD.   On Friday Night, Scott & Omashar will reminisce and show some photos from the Retreat.  We will spotlight those in the audience who were present at the retreat and hear from them!

On Friday Night October 28th, we will also be meeting a new presenter:  Sophia Amargi.  She is a licensed psychotherapist who specializes in healing complex and unresolved childhood Trauma and its impact on adult functioning.  Sophia has cultivated relationships with a variety of indigenous teachers and healers over many years.

This Saturday Night, October 29th, we are dedicating our entire AWAKENING WORLD broadcast to celebrating and previewing The Illuminate Film Festival.  This festival takes place BOTH in person in Sedona, and virtually.  Scott will be visiting online with Executive Director Danette Wolpert and Senior Program Director Andrew, Stoneham.  We will also talk with some of the directors of participating films including Dana Croschere and Bill Bennett. We will show the trailers for the films being presented this year and talk about the content.  This year’s films include a fascinating documentary called “AMMA’s WAY” (the hugging saint), “LOVE HEALS” and “FACING FEAR”.

Scott Catamas will be moderating panels for the Illuminate Film Festival and hosting a very special online event:  Celebrating and Honoring “ILLUMINATED VISIONARIES”.  This will take place on Monday Night, November 7th and will include Marianne Williamson, Gary Zukav, Matt Kahn, The TwinRay & other favorites of The Global Peace Tribe.

On the Sacred Sunday Show October 30th, we are preparing for All Hallow’s Eve with two fascinating guests.  Gwenevere Bridge will be returning, this time as Goddess Hekate.  As Queen of the Night and the crossroads greeter of souls after death, Hekate is a great fit for Halloween. But, Hekate’s magic was not just about death and the underworld. As healer, she helped ease the transition of the dying, and she was also associated with sacred plants, wilderness, childbirth, protection, and growing and harvest — through her connection to the phases of the moon.

Our other guest is don Oscar Miro-Quesada, a transpersonal psychologist and respected kamasqa curandero and altomisayoq adept from Peru, is the author of the new bestselling book SHAMANISM: Personal Quests of Communion with Nature and Creation. He is originator of Pachakuti Mesa Tradition™ cross-cultural shamanism, founder of The Heart of the Healer (THOTH) Shamanic Mystery School, Fellow in Ethnopsychology with the Organization of American States, and Invited Observer to the United Nations Forum on Indigenous Issues. heartofthehealer.org

Register for the Fall Season HERE
Link is Good for All 3 Shows
REGISTER NOW FOR THE FALL SEASON BELOW
3 New Zoom Links!
(reminder emails for your ease of access to all 3 shows)
The Awakening World & Sacred Sundays
October – December 2022
Fridays, 7:30pm PT
Saturdays, 6pm PT
Sundays, 10am PT

Here are our upcoming themes:

Dec 2: Jon and Sommer videos of the Torch around the world

SIGN UP NOW to receive the 3 new Zoom links that are good
October-December for The Awakening World Shows on Friday & Saturday plus Sacred Sunday.
Register for the Fall Season HERE
Link is Good for All 3 Shows 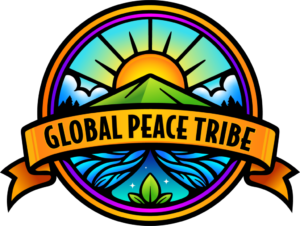